We have released our vision for a new cinema in Fort William town centre for the first time.

This shows the transformation of Cameron square where the 1980s building, currently being used by retailer DV8, is to be demolished and replaced with a stone and metal-clad two screen cinema with a café/bar.

The project has been developed by Highland entrepreneur Angus MacDonald who is holding a public consultation in Cameron Square this Wednesday to Friday to explain the ambitions of the project. And according to Angus, the project should help with the town’s continued regeneration.

“I am delighted to have secured a fantastic site for a cinema in the Fort William town centre. Dualchas has designed a gorgeous building which will provide a stunning addition to the town.

Because the Fort William area has a population of 20,000, with 440,000 visitors who stay at least one night, this should hopefully provide a steady flow of people to the two screens during our wet days and dark evenings.”

There have been several attempts in the recent past to get a cinema back in Fort William, which has not had a working cinema for 12 years. Mr MacDonald, who is from a local family and has lived almost all his life in the Highlands, is funding the project privately while also seeking support from local businesses and the wider community.

The design tries to tie in to the fabric of the existing square, which was previously the site of the town hall, before it was tragically destroyed by fire in 1975. And it is that sense of a civic centre which project architect Rory Flyn says that the design is trying to create.

“When Angus approached Dualchas he wanted a building designed that was distinctly Highland, and he was inspired by images of Highland village halls and classically proportioned houses. He was also keen that the materials were stone and metal – something which referenced the architecture of the place.

Dualchas have taken his ideas and tried to create a building that breaks down a rather large brief in to 4 distinct forms which are in proportion and respectful to the surrounding historic buildings. We hope the design will reinstate Cameron Square as the focal point of Fort William, as well as providing a wonderful facility.”

The proposed opening date for the new facility of the summer of 2020, with an expectation that ten full time equivalent jobs will be created. 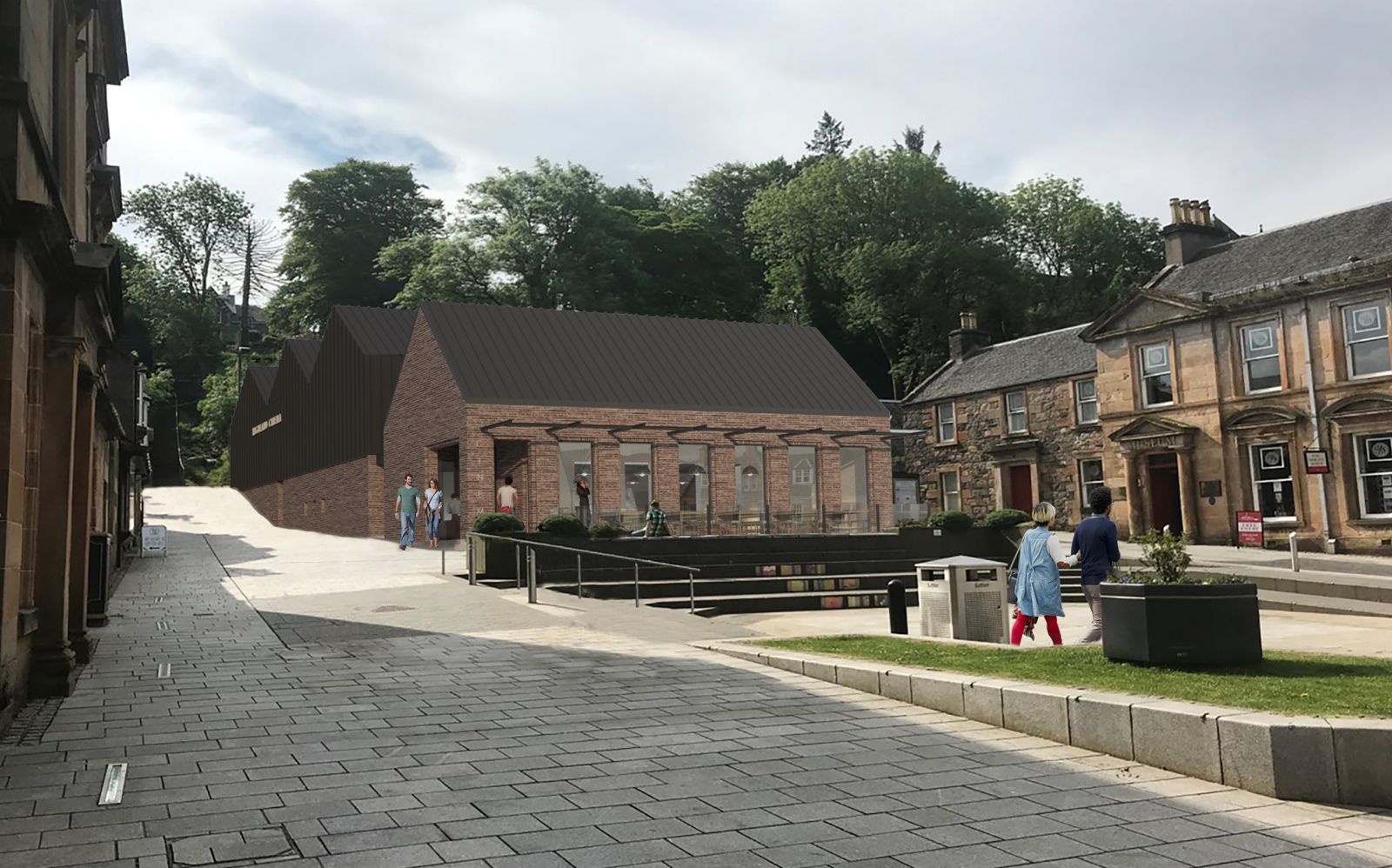