This week saw the demolition of the Cameron Centre building on Cameron Square in Fort William town centre. This important site is the location for the proposed new Highland Cinema.

Cameron Square is one of a number of squares laid out on the south side of Fort William High Street.

The square was formerly the location of a church, which was adapted in the early 1900s to become the Scots Baronial town hall. The centre of the square was also home to the large Dr Kennedy’s Monument, a gothic construction erected in 1852 and removed in 1965.

The Town Hall was burnt-out in 1975 and the Town Council sold the site in the early 1980s, when the Cameron Centre building was built.

In more recent years the building operated only as a shop on the ground floor and the cinema above had been closed for 12 years. A number of schemes have looked at re-using the building but accessibility, circulation and maintenance issues along with the imposing form of the building provided challenges to creating a viable project.

Dualchas and our team look forward to delivering the Highland Cinema in 2020. This will consist of a large café-bar on the square, with two cinema screens and other facilities located to the rear. The project will add to the recent regeneration of Fort William High Street, with the creation of much-needed modern facilities. 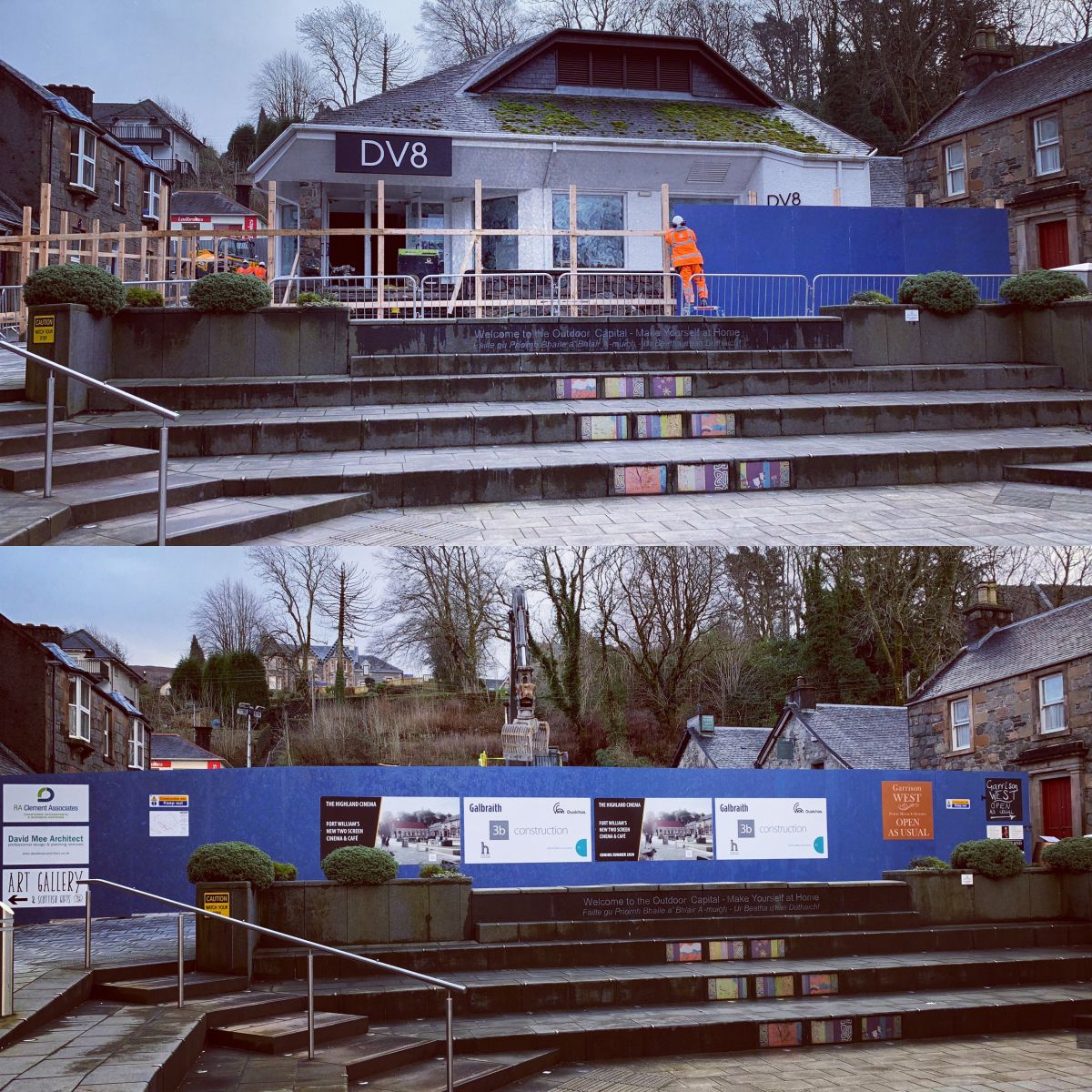 Next Post
Living Wage and the Scottish Business Pledge