A new Dualchas house on Skye was pitched against some of the most iconic new buildings in 2019 for the biggest architectural prize in Scotland, The Doolan 'Best Building in Scotland Award'.

The award also offers the largest amount of prize money of any other architectural awards in the UK to the sum of £10,000. The Black House went up against six other buildings, including the V&A Dundee, The Macallan Distillery and the Visitors Centre in Craigellachie for the prestigous award.

Unfortunately, The Black House was pipped at the post by the highly impressive Macallan Distillery, but we are still extremely proud to have had our design, "The Black House" nominated for the prestigious prize. 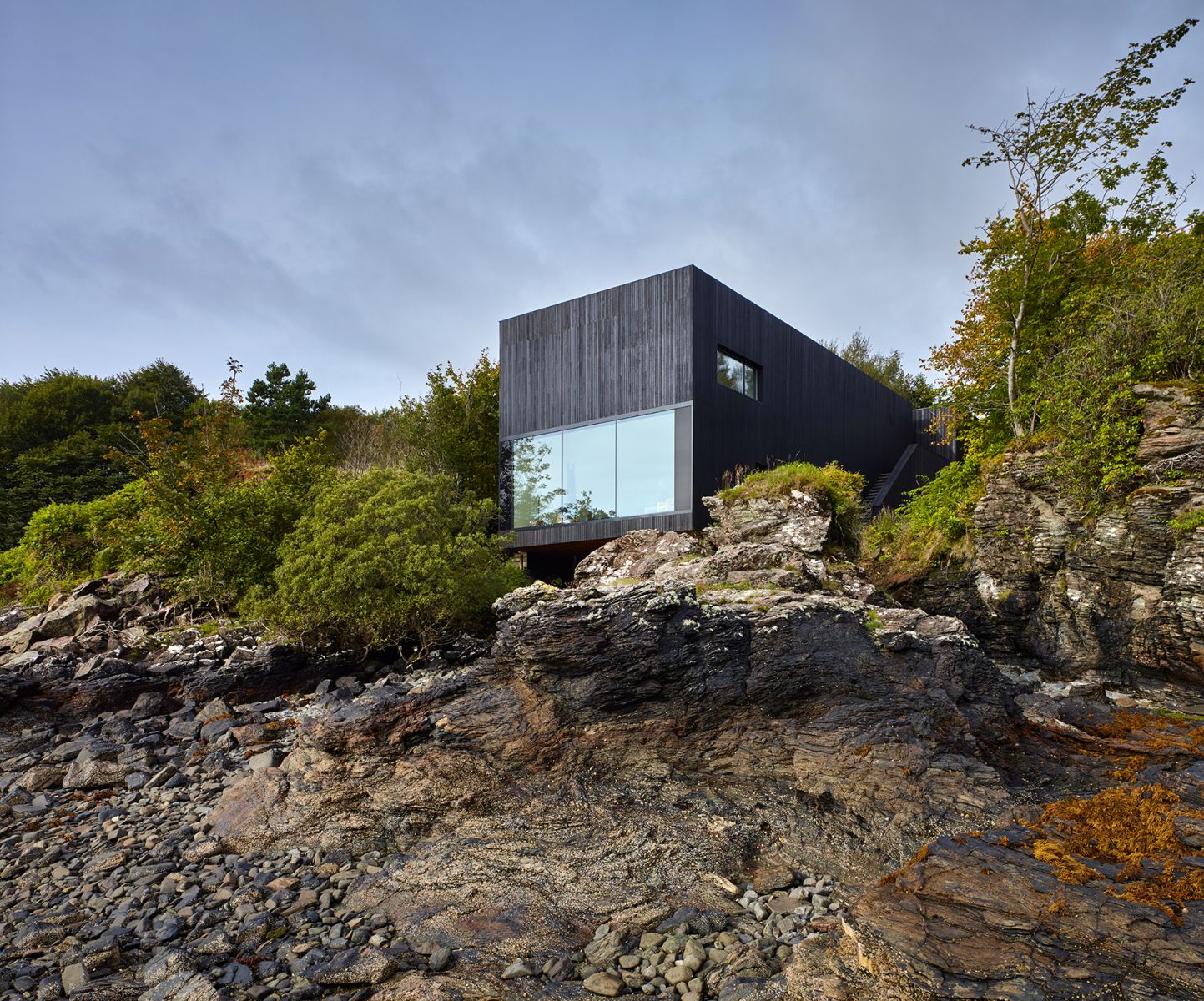 The Black House, which sits above the shore overlooking the ferry terminal at Armadale in Sleat, is the only house that made the shortlist, showing just how innovative our residential architectural designs are.

The owners, Cordelia and Julian Thomas, were thrilled that their home was in such exalted company. "When we approached Scottish architects, Dualchas, we knew that we had found a great site, but we wanted a modern building to do it justice. What the design gave us is the real proximity to the sea with an astonishing wall of glass, but also a variety of spaces and lots of natural light, which makes the house a joy to live in. For us, it is an honour to see it on a shortlist beside such amazing buildings."

For project architect, Laura Stephen, the key to the design was to create a sense of drama when moving through the house. "We wanted to drop the building in to a natural gulley in the shoreline. This was to reduce the impact of a two storey building but also position it as close to the shore as possible. The building on approach therefore looks very modest in scale, and there is no sense of what to expect as you pass through a low lobby space. You then enter in to a tall top lit atrium which you circulate around to the bedrooms and study. But it is only as you travel down the stairs to the dining area that the full drama of the site is revealed with a gable wall of glass framing the spectacular view across the Sound of Sleat."

Our history with the Doolan Award

This is the third time Dualchas Architects has been shortlisted for the Doolan Award for a project on Skye. We certainly must be doing something right!

In 2012, a house at Boreraig on the Duirinish peninsula was shortlisted, with the neighbouring Cliff House making the shortlist in 2014.

The 2019 Doolan Award winner was announced at a ceremony at the National Museum of Scotland on the 4th of October. Unfortunately, we did not claim first prize for our innovative residential design, but we are still thrilled to have been recognised for our outstanding achievements in architecture and design.

If you would like bespoke architectural advice or to have your own property renovated or constructed from scratch, get in contact with our award-winning architectural team in Scotland.